What is the Pink Can? What’s it For?

No doubt at some time or another you’ve been in a meeting and heard about the Pink Can. I know I’ve heard it announced in meetings and sometimes found that it wasn’t very well explained.

The donations made to the Pink Can were never meant to replace your normal A.A. contributions to the basket for the 7th Tradition, but were meant to be in addition if you had the ability to donate extra and felt it was a good cause.

The idea behind the pink can is to collect extra money that is used specifically to purchase literature to distribute in the prisons, jails, probation offices and any other institution that falls in the category of “corrections”. The money is never used for anything other than corrections.

Eastside Intergroup collects the pink can contributions from our five districts and holds it in a bank account separate from the rest of our accounts. It is only used for literature to fill the requests made by the corrections committee. We are quite fortunate in our area to receive enough in donations that we are able to be a huge support not only in our area, but also Area 72 when the need has come up.

The money always comes in when it’s needed so we haven’t had to turn down any requests for a very long time. God just seems to know what the needs are.

Several years ago, we had a zero balance in the pink can and we decided to have a motorcycle poker run specifically to raise money for corrections. Greg P. and I were the organizers and by the end of the day we were able to donate $1,000 to the pink can at Eastside Intergroup. It was not only fun, but we were able to make a difference.

We sometimes get thank you letters in the office from inmates telling us how much the literature meant to them and how it helped them to recover from alcoholism.

If you need a pink wrapper for your can, we have them available at Intergroup. I’ve also been told that an empty oatmeal container works really good too!

END_OF_DOCUMENT_TOKEN_TO_BE_REPLACED

You may find interesting... 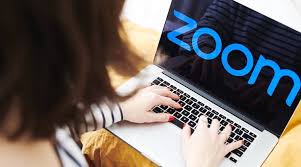 A hybrid A.A. meeting is one in which some of the attendees are in-person and other attendees join using video conferencing such as Zoom (a virtual meeting). Considerations include having the in-person attendees agree to the hybrid meeting. Those that do not w... END_OF_DOCUMENT_TOKEN_TO_BE_REPLACED 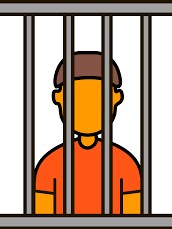 The trustees’ Committee on Corrections is requesting shared experience on the methods by which A.A. members on the outside sponsor members inside correctional facilities. This request is to address an unmet need for sponsorship of A.A. members in custody. Once... END_OF_DOCUMENT_TOKEN_TO_BE_REPLACED