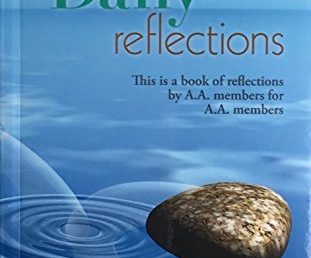 This is a book of reflections by A.A. members for A.A. members. It was first published in 1990 to fulfill a long-felt need within the Fellowship for a collection of reflections that moves through the calendar year—one day at a time. Each page contains a reflec... END_OF_DOCUMENT_TOKEN_TO_BE_REPLACED 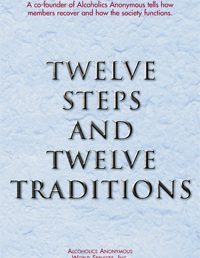 Originally published in 1952, Twelve Steps and Twelve Traditions is used by AA members and groups around the world. It lays out the principles by which AA members recover and by which the fellowship functions. The basic text clarifies the Steps which constitut... END_OF_DOCUMENT_TOKEN_TO_BE_REPLACED 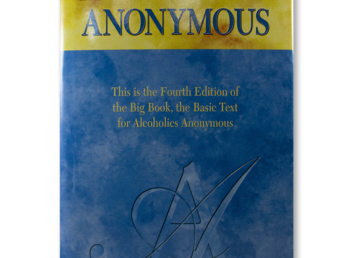 Known as the “Big Book”, the basic text of Alcoholics Anonymous has helped millions of people worldwide get and stay sober since the first edition appeared in 1939. Opening chapters articulate A.A.’s program of recovery from alcoholism – the original Twelve St... END_OF_DOCUMENT_TOKEN_TO_BE_REPLACED